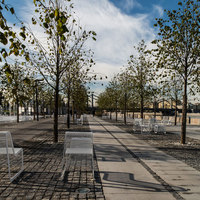 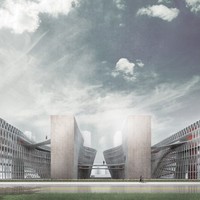 First of the two new boathouses along Chicago River designed and constructed by SGA state-of-the-art, 22,620-square-foot facility now open to the public

Studio Gang Architects (SGA) is pleased to announce the completion of the WMS Boathouse at Clark Park along the north branch of the Chicago River. Designed and built by SGA, the state-of-the-art facility opened to the public on October 19, 2013. It is located at 3400 North Rockwell Avenue on the northwest side of the City of Chicago. The Clark Park facility is one of four boathouses proposed by Chicago Mayor Rahm Emanuel as cornerstones of his riverfront revitalisation plan, anchoring the river's future development. Emanuel's initiative was spurred by the provision of nearly $1 million in grant funds by the United States Environmental Protection Agency to help clean up the river and drive job creation. Studio Gang was commissioned to realise two of the four boathouses, with the second facility to be located along the south branch of the Chicago River at 28th and Eleanor Streets. It is scheduled for completion in 2015. The WMS Boathouse at Clark Park is currently home to the Chicago Rowing Foundation (CRF). In partnership with the Chicago Park District, the CRF offers a wide range of indoor and outdoor activities year-round, including learn-to-row sessions both in tanks and on the river, youth and masters team rowing, ergometer training, rowing-inspired yoga classes, and lessons tailored to individuals with disabilities. As the City of Chicago works to transform the long-polluted and neglected Chicago River into its next recreational frontier, Studio Gang's boathouse at Clark Park helps catalyse necessary momentum. "The architecture is meant to visually capture the poetic rhythm and motion of rowing," said Jeanne Gang, Founder and Principal of Studio Gang Architects. "But by providing a publicly accessible riverfront, it also reveals the larger movement toward an ecological and recreational revival of the Chicago River." The boathouse's design translates the time-lapse motion of rowing into an architectural roof form, providing visual interest while also offering spatial and environmental advantages that allow the boathouse to adapt to Chicago's distinctive seasonal changes. With structural truss shapes alternating between an inverted "V" and an "M", the roof achieves a rhythmic modulation that lets in southern light through the building's upper clerestory. The clerestory glazing warms the floor slab of the structure in winter and ventilates in summer to minimise energy use throughout the year. The total building cost is $8.8 million, with $3.2 million in private funding—including $2 million from WMS, $1 million from North Park University, and $200,000 from the Chicago Rowing Foundation—and $1 million matched by Alderman Ameya Pawar (47th ward) with TIF funds. 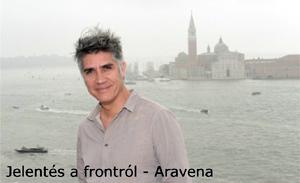